Nothing overwhelming to report from the August GMT Games Monthly Update email that came out on Monday, which was a few days earlier than I expected. But my guess is that it was lite in new P500’s so Gene was able to power through it pretty easily. Even though it offered no new P500’s, there was plenty of new and interesting information contained in it including a hint about a Science Fiction based COIN Series game that has me licking my chops! You know how I love Sci-Fi and the COIN Series so to merge them together in a non-historical based game will be really amazing.

In case you missed the Monthly Update Email, here is a link: https://mailchi.mp/d3d667695e27/august-24-update-from-gmt-new-p500-reprints-sample-art-production-update-and-more

I do like how Gene always thanks their staff for the hard work they are putting in to keep these great games coming out to us rabid fans, especially during the current pandemic as they really give us all a break from reality for a few hours at least. Gene says:

I do want to say before we get to talking about news that I am REALLY impressed with the performance of the many people who make these games a reality for us during these very trying times. Our designers continue to bring us well-designed, compelling, immersive products. Our development teams and the art department and production team are doing a great job getting quality products with excellent art and components to the printer. And our warehouse people have my (and probably all of our) undying thanks for the conditions they are enduring in order to get our games out to so many of you, our customers. It’s my hope that all of you continue to enjoy these games, most especially during a global pandemic!

There also are some new games in stock from several of GMT’s partners including Hexasim and Vae Victis.

As you know, Combat Commander is one of my all time favorite games but it is designed as a two player game and is hard to solo due to the hidden information on the cards. In the Update, Gene shared the following from a fan who made a new solo method:

As I mentioned, there were no new P500’s added this month but there were several reprints added so that is good for those that haven’t played these great games.

Empire of the Sun 4th Printing

If you have followed us for long you know that we really love Empire of the Sun and have played it several times. The game is simply fantastic and really implements the CDG mechanic perfectly with the events of the Pacific Campaign of World War II. Furthermore, if a game is on its 4th Printing, that says something about it.

Empire of the Sun is Mark Herman’s third card driven design since he introduced the system to the hobby in We The People. EotS is a strategic level look at the entire War in the Pacific from the attack on Pearl Harbor until the surrender of Japan. EotS is the first card driven game (CDG) to move the system closer to a classic hexagon wargame, while retaining all of the tension and uncertainty people have come to expect from a CDG. Players are cast in the role of MacArthur, Yamamoto, Nimitz, and Mountbatten as you direct your forces across the breadth of the globe from India to Hawaii and from Alaska to Australia. This is represented on a single map based on a 1942 equal area projection of the entire theater of conflict.

As in other games using the CDG system, players try to maximize the impact of their cards even as they hide their intentions and traps from their opponent. The player is faced with a wide set of clear strategic choices. The focus of EotS is on directing major offensive axes of advance. The Japanese early in the game are challenged to achieve their historical expansion as Allied forces battle the clock to react with their in-place forces trying to achieve maximum damage to the hard-to-replace Japanese veteran units.

If you don’t have this one, you need to get it now.  The price is right. The game is amazing. And it will be in a near perfect form with the 4th Printing.

If you are interested in Empire of the Sun 4th Printing, you can pre-order a copy for $55.00 from the GMT Games website at the following link: https://www.gmtgames.com/p-880-empire-of-the-sun-4th-printing.aspx

Labyrinth is one of our favorites of all time and The Awakening expansion just makes the game that much more interesting with some new mechanics as well as new events on new cards.

Labyrinth: The Awakening, 2010 – ? expands on Labyrinth: The War on Terror, 2001 – ?, a 1-2 player card-driven boardgame simulating at the strategic level the ongoing bid by Islamic extremists to impose their brand of religious rule on the Muslim world.  The expansion continues where Labyrinth left off adding new rules and cards to cover the last five years of history.  Included are new mechanics to simulate the grass roots political movements of the Arab Spring and the resulting Civil Wars. Labyrinth: The Awakening, 2010-? provides 90 all new event cards, additional markers, cubes and cylinders, and 7 new scenarios, including 2 that are playable to conclusion in 7 turns or less.

If you are interested in Labyrinth: The Awakening, you can pre-order a copy for $25.00 from the GMT Games website at the following link: https://www.gmtgames.com/p-881-labyrinth-the-awakening-2010-2nd-printing.aspx

More Twilight Struggle is a good thing and this expansion simply adds some new starting conditions from the normal game setup.

From the game page, we read the following:

Each of the two Promo Packs includes four new cards for the game, some including “What if” alternate history additions to the game. The Turn Zero expansion adds twelve new cards and a new starting point for Twilight Struggle. Also included in the expansion pack are rules for a new Optional Space Race Track, to add variability to your Twilight Struggle experience.

If you are interested in the Turn Zero Expansion 3rd Printing you can pre-order a copy for $14.00 on the GMT Games website at the following link: https://www.gmtgames.com/p-883-twilight-struggle-turn-zero-and-promo-packs-3rd-printing.aspx

The following update for Charging and Shipping was copied from the Update:

As we work through the logjam of great games sitting in our warehouse, we are shipping them in batches so as not to charge them all at once and cause problems for our customers. Currently we have seven items in our warehouse. We’ve already shipped Batch 1 and 2 in June and July. The remaining games will ship in August and September.

1918-1919: Storm in the West
A Time for Trumpets
Apocalypse Road
Caesar: Rome vs Gaul
Next War: Vietnam
Normandy ’44 Mounted Map

If you are at all interested in any of these games I would urge you to order now as they usually only hold that special P500 price for a short time after the shipping is complete. Act now to save yourself a bunch on these great games!

Last month I sort of redeemed myself with the New P500’s on the Horizon segment as I had 3 out of 5 guesses correct. This month is not going to be as good for me but I think that I have at least two, maybe three.

Here is a brief tease for P500 additions lining up in the coming months. Note that this is not a comprehensive list, so I will switch these up a bit from month to month. Over the coming 1-6 months, I anticipate that we will add: 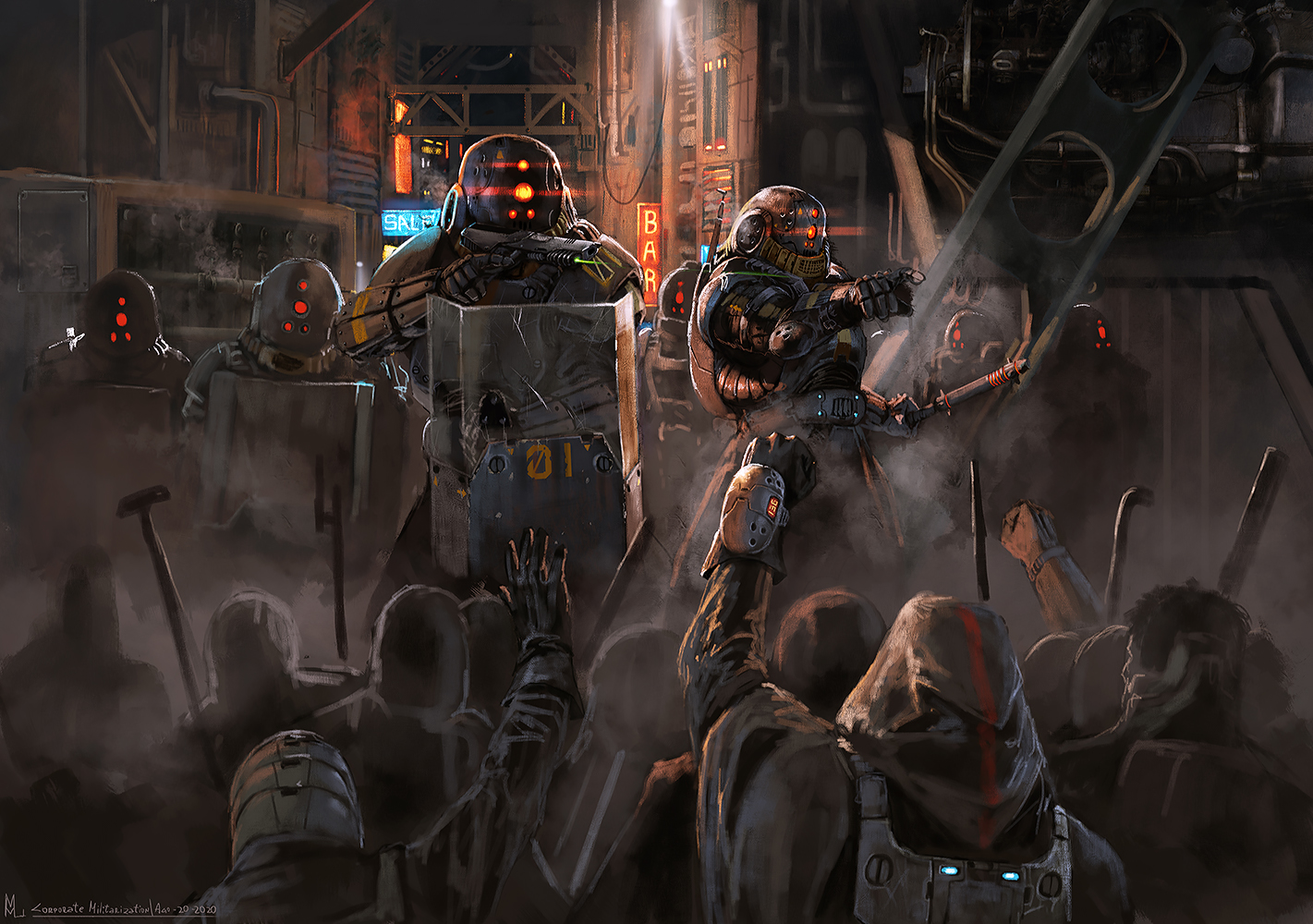 I think that I got three, although my comment on the Hermann Luttmann one was vague but I don’t want to blow it. How did I do Gene?

As I always tend to end these posts, I will post a summary of where my P500 games stand as of July 24th. I routinely check the status of each of my games and also will show the change in orders as compared to the last time I wrote them down on June 25th.

Interview with Volko Ruhnke Designer of Almoravid: Reonquista and Riposte in Spain, 1085-1086

Interview with Frank Esparrago Designer of Congress of Vienna

There you have it. Even on a month when there were no new P500’s added the update was very informative and got me excited about the future. There are a ton of new games coming out from GMT over the next 3-4 months and I think that we will be very busy gaming!

4 thoughts on “August 2020 Monthly Update from GMT Games – 4th Printing is the Charm!”