In Action Point 1, we looked at the deck makeup and how you “build” the deck into a well oiled fighting machine. In Action Point 2, we dove into the various unit types and their actions and special abilities. In this Action Point we will be taking a look at the modular board and how it works to create the battlefield upon which the action takes place.

The game is played on a modular board that is setup differently for each scenario. The game has 18 different double sided tiles included to create some very interesting terrain. The art in this game is absolutely fantastic and this carries over onto the tiles as they are really evocative of the terrain types being depicted including open fields, heavy woods, rivers, bocage and various small and large buildings.

As I mentioned, each tile is double sided and depicts one terrain one one side with a totally different terrain on the other. Each tile has a unique designation always composed of a number and a letter. Pictured below is tile 3A, which depicts a small copse of trees in the middle of a field.

On the opposite side of the same tile there is a cultivated field with a parked tractor. This tile is 3B. The real strength of this element of the design is its flexibility and the options that are available for differing scenarios. 18 tiles really represent 36 different types of terrain. 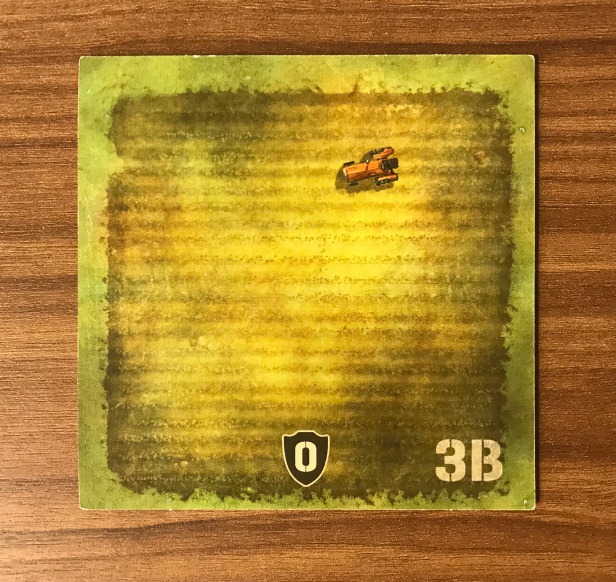 Let’s now take a look at the defensive value of each of the terrain tiles referred to as the Cover Bonus. 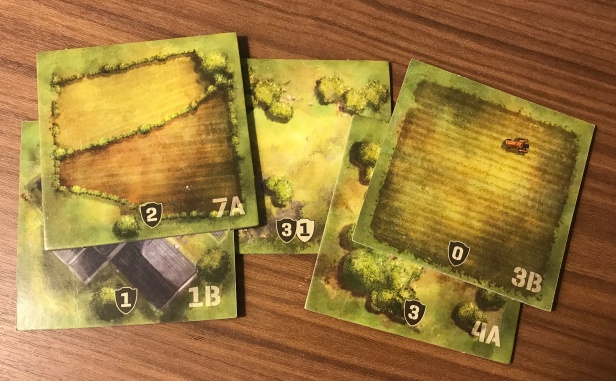 The Cover Bonus of a single tile ranges from 0 to 3, representing defenses ranging from open ground that offers no benefit to heavy forests and hills. As you can see in the picture above, a bocage offers a Cover Bonus of 2 while a building offers only a 1.

Some tiles have ‘3/1’ listed as their Cover Bonus. These are hill tiles, and they have a variable Cover Bonus.

How does a Cover Bonus work in an Attack? Easy. You simply add the Cover Bonus from the terrain tile that the Attacked unit is in to their Defensive Value shown on their counter and add +1 to the number needed to roll on a 10-sided die for each tile between the target and the shooter. 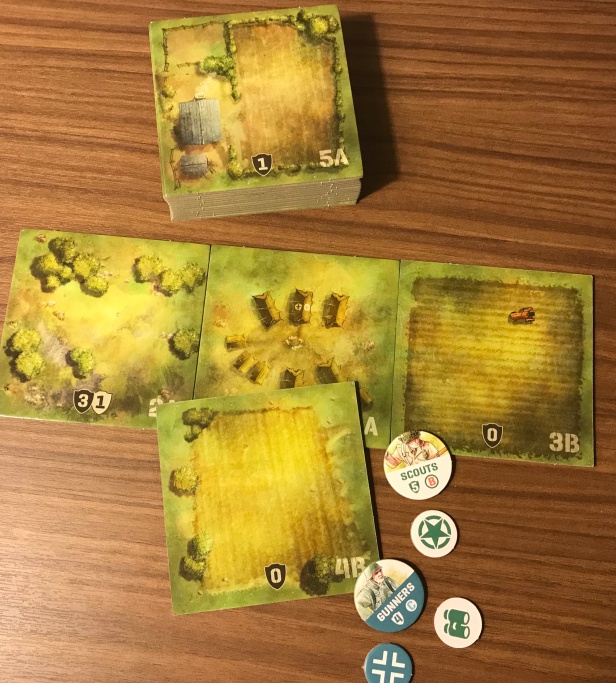 Word of warning. The game doesn’t take into account Line of Sight for Attacks. As I have played the game this has not bothered me nor has it dampened the enjoyment I have with the game. Not every game has to be a hard and fast totally realistic simulation of combat to be enjoyable. If this lack of Line of Sight rules bothers you, I suggest you go back to the ASL rule book. This game might not be for you!

In the final entry in this series of Action Points, in Action Point 4 we discuss strategies about how to defeat your opponent through offensive attacks as well as through stratagem and attacking their deck.