We have agreed to host a series of posts written by David Thompson on the blog about his upcoming design Europe Divided published by PHALANX and coming to Kickstarter on June 10th. As you know, we have hosted a few different series of Event Card spoilers over the past year or so with All Bridges Burning and People Power both from GMT Games as well as a recent CDG focused on the Barbary Coast War in The Shores of Tripoli from Fort Circle Games. I really love the Card Driven Game mechanic and frankly any game that uses cards as a primary engine. So keep an eye out for several of these posts leading up to the Kickstarter campaign start that focus on the history behind the game and how the cards are used. 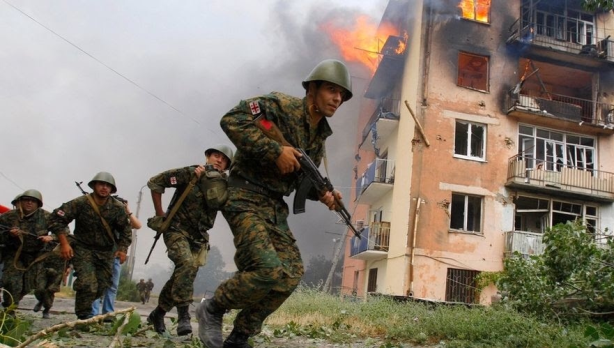 I’m not sure ultimately that that’s very interesting — who shot the first shot on the seventh of August. It’s more relevant to look at the whole buildup of tension and escalation that took place over a fairly long period of time. – Peter Semneby, the EU’s special envoy to the Caucasus

The Russo-Georgian War was a war between Georgia, Russia, and the Russian-backed self-proclaimed republics of South Ossetia and Abkhazia. The war took place in August 2008 following a period of worsening relations between Russia and Georgia, both formerly constituent republics of the Soviet Union. The fighting took place in the strategically important Transcaucasia region. It was regarded as the first European war of the 21st century. 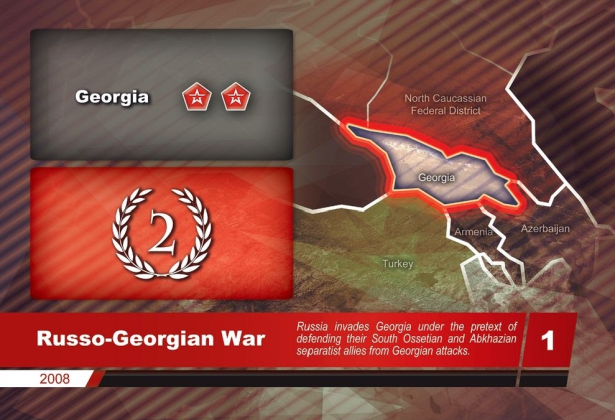 In the game, Russia must have two armies in Georgia for the Headline Card to be completed. If the headline is accomplished, Russia scores 2 prestige. Only Russia has Headline Cards that require military presence without also having influence in a country. These Headline Cards represent military actions like the Russo-Georgian War, the annexation of Crimea, the invasion of eastern Ukraine and other purely military actions that were not accompanied by legitimate political influence.

Thank you for your time in writing these posts for our readers David. The game looks very interesting and is sure to be a winner with its focus on the new Cold War and the use of these fantastic Headline Cards grounded in the history of the past 30 years. If you want to find out more about the game and how it works, check out our interview with codesigner David Thompson.

If you missed the other posts in the series, here are links for your convenience:

There will be more posts to come so keep an eye out.