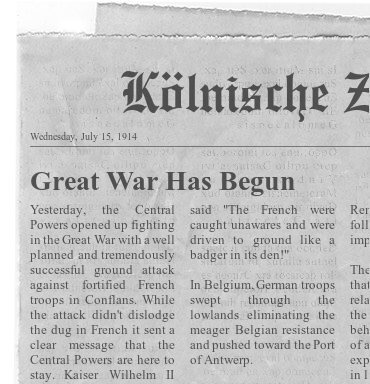 Today we were able to play our first game of Fields of Despair France 1914-1918 by GMT Games. This block Wargame covers the conflict known as The Great War or World War I and concentrates on the battle on the Western Front. The Eastern Front and the War at Sea are abstracted but are very well done and enjoyable.

In our game, I was playing as the mighty Central Powers and with my opening move took the fight to the Allies who were dug in behind a fortified line of fortresses. I set my sights on Conflans and Verdun.

This battle would be indecisive in its opening round mainly due to the fact that the fortresses require the attacker to roll a 6 on a six-sided die in order to score a hit. The battles in Fields of Despair are very attritional and will usually take several well planned out and sustained attacks using artillery barrages to win.

The artillery piece known as “Big Bertha” controlled by the CP can be used as a rail gun by spending a Logistics Point to fire at fortresses. This huge gun will do damage to fortresses on a roll of 5 or 6. I used this tactic to begin whittling away at the fortress at Verdun which would require 4 hits to be destroyed.  This strategy would take a few rounds and I was patient and saw it bear fruit…eventually.