Early last week, I received a message from Harold Buchanan of Harold on Games podcast fame, amongst other things such as his very fine Liberty or Death: The American Insurrection from GMT Games and Campaigns of 1777 from Decision Games, who put me onto a new Kickstarter project getting ready for launch in the 18xx genre. I havent really played a lot of 18xx games (really only having played 1846: The Race for the Midwest from GMT Games) but having enjoyed my experience with it and also knowing that there is a great deal of crossover between wargaming and 18xx I was game and reached out to Joshua Starr, the owner of Grand Trunk Games who was doing the Kickstarter to get a bit more information on his new company and their first offering.

Grant: First off Joshua please tell us a little about yourself. What are your hobbies? What’s your day job?

Joshua: Board games are certainly my main hobby, but I also dabble with music (guitar, banjo, FL Studio), enjoy backpacking, and cook a really mean steak. I used to work in Silicon Valley but started trying to shift my career to board games by working nights on board game projects. I work for Grand Trunk Games full time now.

Grant: What is your new company Grand Trunk Games about? Why did you feel the desire to start it? 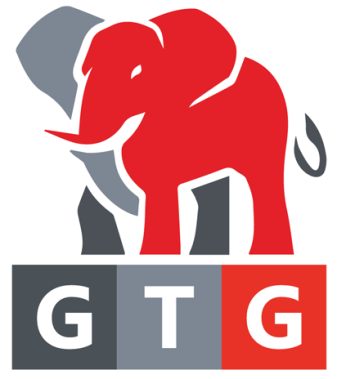 Joshua: 18xx is a really great genre of board games and in my opinion the best family of strategy games. With games this good, it didn’t make sense to me how few people played it. Would it make sense for only 300 people to play Twilight Struggle? I sought to introduce more players to 18xx and thereby create more folks for me to play with!

18xx is the collective term used to describe a set of railroad-themed stock market and tile laying games. The 18xx set has two main branches: the 1829 branch (1829, 1825, 1853, and 1829 Mainline) and the 1830 branch (1830, 1856, 1870, etc.). There are also a number of crossover games which sit somewhere between the two branches (e.g. 1860). While general railroad operations such as track laying are critical to both branches, the two branches are fundamentally quite different in character and player focus. The 1829 branch games emphasize stock-picking and portfolio management while the 1830 branch concentrates more on financial prediction and stock market manipulation. So in 1829 et. al. players are rewarded for holding the right stocks at the right time and for running their companies well, while in 1830 et. al. they are rewarded more for manipulating the stock market to their advantage and investing in the companies that thereby profit.

Grant: What would you say the mission statement of GTG is?

Grant: What are the perceived barriers of entry into the world of 18xx games? How do you feel you are addressing these barriers?

Joshua: I actually wrote a pretty exhaustive blog post on this but the bones of it is that 18xx has a reputation for being challenging to learn, when in reality it just isn’t presented in a way that is conducive to learning. GMT is aware that their games have many rules and provide a detailed example of play to remedy that. There are of course other barriers as well like price, availability, length, aesthetics, and stigma.

Grant: Tell us about your two upcoming reprint games of 1861: Railways of the Russian Empire and 1867: Railways of Canada and what drove you to focus on these subjects?

Joshua: These are classic 18xx games designed by Ian D. Wilson that the 18xx community have been playing for many years. 1861 is about railway development in Russia while 1867 is about railway development in Canada. Both countries had similar challenges in how they approached the development of their railway networks because they are both just so vast. Their solution was to subsidize small railway companies to build the infrastructure for them and then consolidate all those companies into a government railway. The implications of that history to gameplay was something pretty novel for 18xx at the time which was to have the games specifically focused on small companies growing into larger companies with a government railway eager to steal your company from you.

Grant: Great idea for a two-in-one game package. How does this work?

Joshua: 1861 was the original game and 1867 was a standalone game based on 1861’s system. I thought it would be cool to have both games in one box as they are considered to be siblings, but then I also found that since they share many of the same components, I could actually double-side them and use that as a way to get the price down and overcome one of the barriers to entry.

Grant: What unique challenges do these two games offer players?

Joshua: What I personally love about 1861/1867 is how tough it always is to effectively time when to merge your companies. You start the game with many little companies and will often end the game with one large company per player. There are really important moments when you are trying to merge your companies together, but may be just 1 round too late and they get nationalized. There’s always a lot of tension at the table when the 4-train is about to come out, because it’s pretty much guaranteed some companies are getting the axe.

Grant: How have you tried to address and dispel the reputation that 18XX is overly complex?

Joshua: It’s easy to think that 18xx is overly complex if only a limited group of people play it and there aren’t many resources to help you learn it. I think the only way to get rid of this reputation is to get more people playing 18xx. The folks who have been playing 18xx since 10 years ago all thought 18xx was too complicated to gain new players, yet each year there are many, many more players diving in. There are also folks who are doing a lot of good work to help dispel that reputation too like Ambie who releases 18xx tutorial videos. Here is one as an example:

Grant: When does the Kickstarter campaign begin? What is the anticipated cost of the games?

Joshua: The Kickstarter launched Friday Oct. 18th starting at 10:00am PST! $60 and you get one box with two games.

Grant: What stretch goals are you anticipating?

Joshua: The big one that I’m really excited about are the tile trays that are used for both storage and gameplay. They will fit in the box with all the track tiles sorted in them, so when you’re getting started with the game you just pull the tile trays out and you’re done with half of set up. This is a big win IMO because sorting track tiles is probably the longest and least enjoyable part of setup.

Grant: Are these two games a good jumping off point for new 18XX players? Why?

Joshua: I’m actually of the opinion most 18xx games are fine to learn on. I’ve taught many 18xx games on what are considered to be “advanced” titles and I’ve only had one player who felt overwhelmed (and that was on one of the easier ones). That said, 1861/1867 are great titles for getting started with 18xx. The games start with Minor Companies that are straightforward to operate, then as the game progresses, more mechanics are introduced like Merger Rounds or the National Railway. While your first game will probably take longer, it’s typical for experienced players to finish 1861 in about 3.5 hours and 1867 in 3 hours, which makes them some of the shorter 18xx titles and a lot easier to get the game to the table. Lastly, I’ll be including a scripted learning scenario and a short variant with the game to help folks get started.

Grant: When do you see the games shipping?

Grant: What is next for Grand Trunk Games?

Joshua: I can’t talk about that yet… but I am unbelievably excited for it. It’s been super challenging to not share it, but not ready to be announced just yet.

Thanks for your time in sharing with us the details of your upcoming Kickstarter for 1861/1867. I think it is very cool that you are trying to keep the costs down by making this one a two for one game and I love the idea of making the components double sided.

If you are interested in the Kickstarter, you can visit the campaign page at the following link:  https://www.kickstarter.com/projects/joshuastarr/242054124?ref=hmvxba&token=a4d622ea