We have followed the talented artist and budding game designer Matt White for over a year now. We first published an interview with him last year taking a look at his art and graphic design talents. Then we talked with him about a Kickstarter project called Until the Bitter End which was successful and funded. He now is launching another Kickstarter to his successful World War II battle card game called Panzer Orders Tank Battles.

Grant: What is this new project you are Kickstarting? Is it an expansion for your previous successful Panzer Orders West Front?

Matt: Panzer Orders Tank Battles is the latest game in my Panzer Orders series. It’s a standalone game for solitaire and two players, which focuses on tank battles between the Germans and Soviets during World War II.

Grant: Do we need to own Panzer Orders West Front to play this game?

Grant: What does the Tank Battles expansion add to the game?

Matt: It adds a couple of new elements to the game. The game features all new art and Soviet tanks and armor for the first time. Plus it has special scenarios for more ways to play the game. These scenarios are narrative driven. An example is where the German player with just a couple of tanks, must hold out against wave after wave of Soviet T-34s. This game also adds in Bravery Points which is a pool of points that enables the player to re-roll failed dice adding a new tactical choice to the player.

Grant: What type of Soviet and German tanks can we expect to see in the game?

Matt: For the Soviet cards, I have created a great variety of T-34 artwork plus KV-1, KV-2, SU-152 and a whole host of others. For the German deck you get cards for Panzer III, Panzer IV, Panther, Jagdpanther, Tiger, Tiger II, Marder plus a bunch more. During the course of the Kickstarter campaign I will be adding more and more artwork and cards into the game.

Grant: Please give us a few examples of your great art. What is your inspiration for your unique art style?

Matt: My biggest influence is really reading first hand accounts from the men who served both in tanks and in the infantry. I am also blessed to be based not far from Duxford Imperial Museum and of course the annual trip to the Tank Museum at Bovington.

Grant: How does the Panzer Orders game system work and what changes have introduced into this expansion?

Matt: The game plays pretty quick, I often find I don’t have many games in my collection that can take less than an hour to setup and play let alone any that you can play in half an hour. My goals for the Panzer Orders games is to have a collectible series of games, all featuring new artwork, that can create decisive and fun games that can be setup and played in an evening.

In the game, players create Battle Groups that consist of several cards. Which in every turn can be reinforced from the deck, choose to go on the defence by declaring a Hull Down action or attack. I’ve had a lot of feedback from the community playing the previous games plus new ideas which I have incorporated into rule updates. This version will be familiar to players of the previous games but also easy to understand for new players.

Grant: How does the points system used to build armies work? What makes some cards worth more points than others?

Matt: The points system is there for players who want to tailor their fire fight games with cards from their collection. Its a metric that allows players to have a balanced game regardless of the cards they are choosing from. It gives the game a deck-building element should you choose. The actual amounts are based on the stats of the card (it’s firepower, armor, etc.)

Grant: How does the combat system work? Where are the needed rolls for each card found?

Matt: For attacks you simply roll a dice per card and refer to its attack number which is found on the card. No need to consult a CRT or the rule book. It’s right there. You must roll equal to or higher than the card’s attack number to hit. The opposing player can then make a Saving Throw dice roll to see if they can save that card. All cards have an automatic Saving Throw of a 6. The opposing player rolls one dice per hit and they must get a 6 on every Saving Throw to save the card. If they fail the Saving Throw, then the card is eliminated and put in the Discard Pile.

Grant: Is there a solo variant for the game? How does it work with the AI?

Matt: Yes, Solitaire play is very important to me for this game. I play a lot of games Solitaire (often regardless if they are designed for solitaire or not!!) and the original design for the game started from a Solitaire perspective.The game features a Solitaire ruleset, which does share some of the same rules as the 2-player game. In Solitaire, you have to discard cards from your hand to activate cards on the table. The game has a easy flow for the AI determining if they will go Hull Down or Attack based on some quick dice rolling. For this new game a major addition for the Solitaire game will be a series of special Solitaire Scenarios. These will determine starting cards and special rules, and in some scenarios, new game play modes specifically for the Solitaire game. For example in one scenario the player is given a T-34 armed with an 85mm gun and must go through a series of encounters from a random deck using cards in their hand to determine enemy strengths and ally support. It’s a quick fluid scenario paying homage to one of my favourite Solitaire games: Patton’s Best. 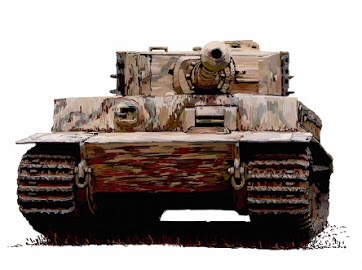 Grant: This is your 4th Kickstarter. What you have you learned from your other three campaigns?

Matt: I have learned a lot from every Kickstarter, and listening to the community. My last game was a hex and counter game Until the Bitter End and I learned how much fun it is designing all the scenarios and missions for the game. Once I had done that I was like “I will put scenarios in the next Panzer Orders game” and that was a big learning experience. Also I continue to learn how important it is to get feedback on rule clarifications but also to incorporate ideas from gamers playing your game. 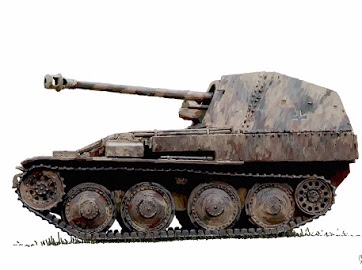 Grant: Are there any new special abilities you have created for the Soviet tanks? How do these abilities reflect their tank doctrine and tactics?

Matt: Yes, some of the cards have special rules. So, for example, the KV-2 is very slow in the game and cannot be moved from one Battle Group to another. The tank tactics of the Soviets is represented in the scenarios – face the horde of relentless T-34s! Plus the T-34 receive a bonus for Ramming!!

Grant: Have you added a rule for breakthrough attempts?

Matt: To be truthful, I didn’t include breakthroughs in the very first Panzer Orders ruleset and Rick Martin (designer of the fantastic Sherman Leader and Tiger Leader games) suggested to me to include it and so I did! Thanks Rick!

Grant: What are the stretch goals you plan to offer?

Matt: I want to include as much artwork into the game as possible – to include as many artwork variants of the same tank for example so that no two cards have the same art. This is a massive undertaking as the art can take weeks to finish! Plus, I really want to include exclusive limited edition cards with unique artwork just for the Kickstarter backers! I think I will be busy drawing!

Grant: When does the campaign start and what is the funding goal?

Matt: The campaign started yesterday October 4th. I am very lucky that I have an amazing printing company who has printed all my Panzer Orders card games. My funding goal is £600 ($780 US dollars).

Grant: What is the cost of the game?

Matt: The pledge for the game is £16 ($21 US dollars not including shipping).

Grant: When do you think it will be ready for fulfillment?

Grant: What other games or expansions are you working on?

Matt: I am working on a couple more print and play games following the success of my Until the Bitter End game, plus I am actually also starting on the next, next Panzer Orders game. Outside of my own games, I have been working with Academy Games on their wonderful Conflict Of Heroes series, proving artwork for their rulebooks. I am also collaborating with David Thompson (designer of the excellent Pavlov’s House) on his next project, which is very exciting.

Thanks to Matt for the quick turnaround on this interview and for his great work. I just love looking at those tanks.

If you are interested in backing the project, you can do so at the following link for the game’s Kickstarter page: https://www.kickstarter.com/projects/1564988876/panzer-orders-tank-battles 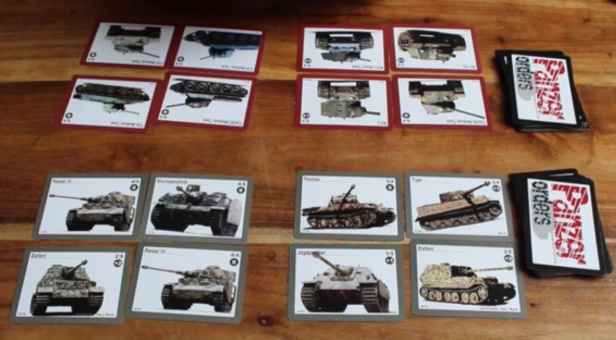