From the 17th-26th of September, 1944 the infamous Arnhem Bridge was the focal point of the fighting on the Western Front. Operation Market Garden was in full swing, but German resistance was much fiercer than expected. Bridges along the Nederrijn had been secured by other Allied elements but British 1st Airborne and infantry units were pinned on one side of the Arnhem whilst Dutch SS and German infantry and armour elements laid down heavy fire.

Aside from the excellent movie that was made about Operation Market Garden called A Bridge Too Far, there’s manifold games that cover the topic, with more on the way. The conflict at Arnhem was relentless as securing the bridge would have enabled the Allied forces to circumvent the Siegfried Line of defenses on the West German border and swing down into the Ruhr. The operation famously stalled at Arnhem as well as in other areas, primarily due to poor intelligence. The British either had bad, or ignored good intelligence about the strength and disposition of Axis forces in the region. Where allied troops were very hopeful of swiftly ending the war as a result of the operation, the Axis forces had suffered heavy defeats at Antwerp and were repairing and reorganizing around Arnhem. The British first Airborne came up against multiple Panzer divisions around the area and the tide of the battle quickly changed in favour of the occupying Axis forces.

I wanted to highlight this action, because my father’s regiment, The Staffordshire Regiment (at the time of his serving), were part of the British contingency in Holland. Arnhem saw the only time during WWII that two Victoria Crosses were awarded to to the same Army unit in a single action. 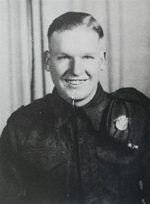 On 20th September 1944 at Arnhem he commanded two 6-pdr Anti-Tank guns in defensive positions at Oosterbeek. His section repulsed a German attack destroying two tanks and a self propelled gun but Baskeyfield and his section were all wounded. Baskeyfield refused first aid and continued to use his gun until it was put out of action by enemy fire. He then crawled to another gun whose crew had been killed and with it scored a direct hit an another German self propelled gun. He was then killed by an enemy tank shell. 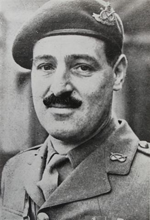 From 19th September 1944 over a period of several days Major Cain led the defence of part of the Oosterbeek perimeter near Arnhem. On several occasions he successfully attacked enemy tanks using a PIAT. Although suffering multiple wounds, he encouraged his men with his daring leadership and fearless example refusing rest and medical attention.

My father served in the Regiment which was created from the Amalgamation of the North and South Staffords, in which these men served. I’ve been to the Staffordshire Regimental Museum in Lichfield, which my father was proud to show me. You can visit their website here. Sometimes it’s good to learn about and remember some of the individuals that served in the armed forces, and understand they’re not just card board counters. 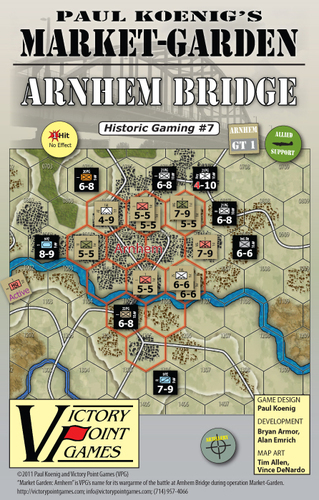 There’s a huge number of games about Market Garden, or smaller battles within the operation. I’m just going to highlight 2 in this post. Paul Koenig’s Market Garden is a series of small folio games that cover the major battles of the operation. Put out by Victory Point Games this little wargame packs an offensive punch. It’s a small map, with very low counter density. The action is fast paced and the game plays in just two hours.

There’s no hidden information in this one, and the game is played by chit-pull activation. This makes it an ideal candidate for solo wargaming, and also keeps every move on edge because you never know which divisions will move next. You win by surviving and controlling a number of city hexes, but be warned: the fighting in the city takes a toll on the isolated British forces. Hold the bridge at all costs because it’s worth a lot of VPs! 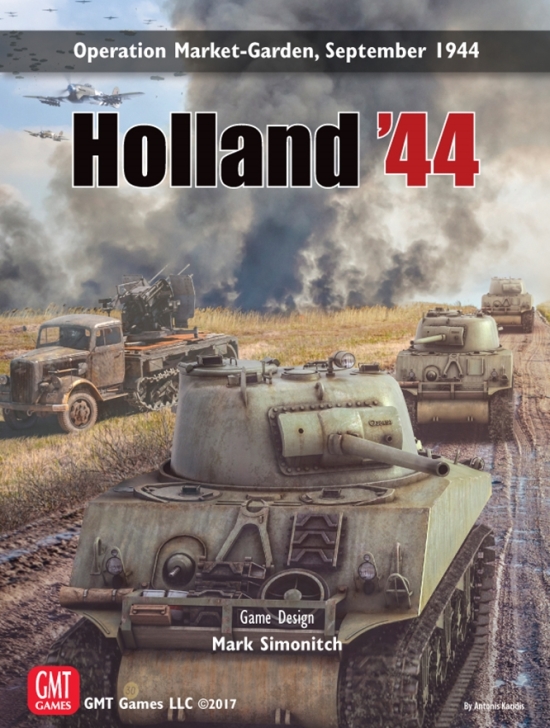 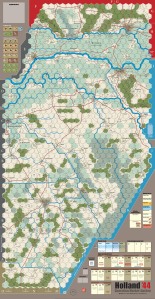 Normally with these posts we cover current games, but this time I wanted to highlight a game that GMT is putting out soon. Holland ’44 is an operational level game and covers the entire action across the whole of Market Garden, from the 101st, to the 82nd, to the British 1st Airborne with their Polish attachment, everything is included in this game for a deep, rich and playable experience.

I have a sneaking suspicion that this game will go down as another Simonitch classic. It uses mostly a battalion scale series of units on two full counter sheets so there’s a ton of room in this game for maneuvering, support and an opportunity to re-write history. The front cover artwork is fantastic and the price is only $35.00 on P500 so there’s really no reason not to get it!