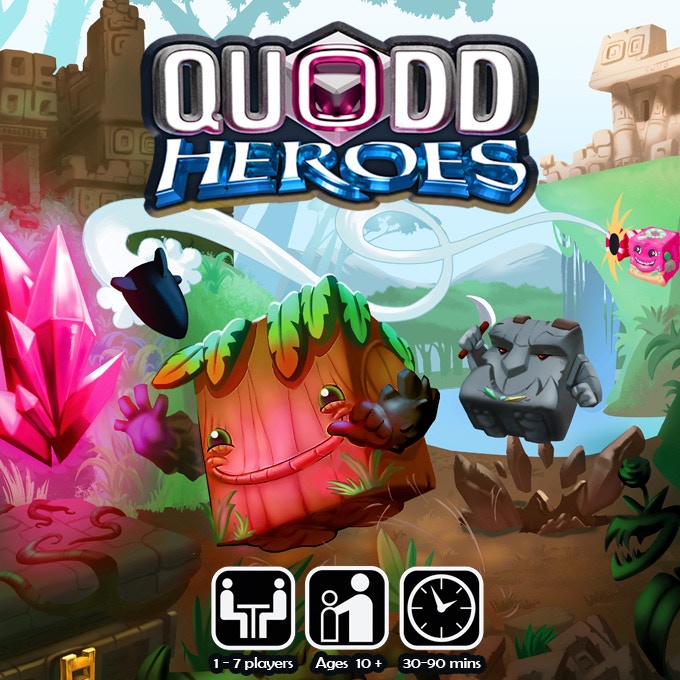 The first thing that caught my eye about Quodd Heroes are the miniatures!  They are so unique and cool looking.  Not only are they awesome to look at but they are the main mechanism in the game.  They are cube shaped because that is how they move.  On your turn you are going to move your Hero, to do this you “roll” them to one side forward, backward, left or right. After you move them, you then activate the ability associated to the side that is up.  It could be another move action or a fight action or something else. This is designed as a cooperative game but stretch goals have unlocked a 1 vs. all mechanic.  Not only that, but it can play up to 7 players.  It comes with many scenarios but they also say that you can make up your own, playing tag, capture the flag football???  I am looking forward to seeing what other players come up with on the forums that I could try out!  Man, those miniatures are so cool!! 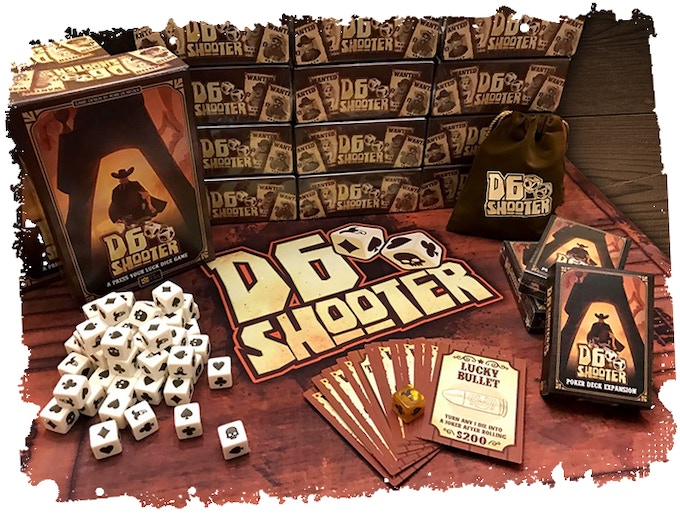 This is a low cost, hopefully high value game.  I am a sucker for Old West themes and this seems like a solid filler game in that genre. Also…..custom dice!  This is a take that/press your luck style game where players are trying to become the best gunslinger in the west.  You roll your dice, take out bandits and go as long as you want.  Gaining general store cards help you along your way.  Turns seem to be straight forward and quick.  I have played and liked Bang The Dice Game and hoping this does just as good if not better.  For $19 I am all for taking a chance on a quick game.

I am always looking for good party games to introduce family and friends to new and interesting games in the hobby.  Macroscope seems to be one of those games.  There are pictures hidden under a table of sorts.  There are holes that are covered up and during your turn you roll your dice and remove one of the pieces covering the picture, revealing part of the picture underneath.  The first person who can guess what the picture is wins the round.  It feels like Pictionary with an NPC as the artist.  It could be a great game for younger kids to allow them to use their brain in different ways.  My kids love hidden picture books and this could be right up their alley.  Price seems to be right on point as well.

I am so on the fence with this game.  It seems like such a cool and interesting concept and theme but something pulls me away from it.  It is a cooperative game where all the players have woken up from the same dream.  They realize that the dream they share is coming to life.  As, they work together to overcome the dream they also have personal stories, or objectives, they need to fulfill to be victorious.  The game is very story driven and offers tons of choices……I just don’t know how that will play out?? The price point seems a bit high at $65 but you can add the expansions for a $100 level.  I really want to like this game but something keeps me from backing it at this point…….I just don’t know!