Yesterday, while I was surfing Facebook in the afternoon, I noticed that Ray Weiss from Conflict Simulations LLC had put out a message calling for playtesters for quite a few games that they are currently working on. I reached out to him and offered to do this post on our blog to get the word out. He is looking to get playtesters who are familiar with VASSAL and can provide input on these games in the following weeks. If you are interested, please email Ray at rweiss@consimsltd.com for further instructions. Here are the games that he is asking for playtesters with a short write-up from Ray explaining the game. 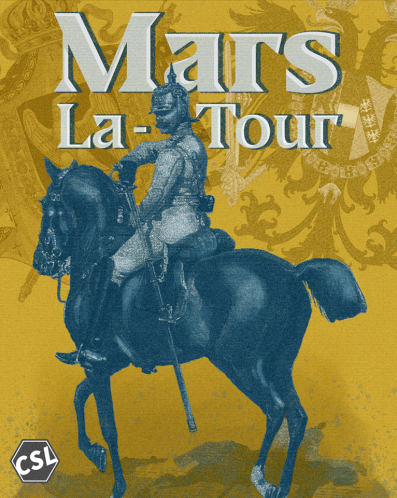 On the 16th of August 1870, Europe’s fate for almost the next 100 years was decided in a single day at Mars La Tour during the Franco-Prussian War. While little studied in America, the battle of Mars La Tour was arguably the most influential event on the political makeup of Europe since the Allied victory at Waterloo. At the height of the battle, a Prussian force of nearly 80,000 completely manhandled the entire French Army of the Rhine. The Prussians prevented the French from retreating further west towards fortifications, instead bottling them up against the Belgian frontier at Sedan where the Second Empire would finally be destroyed. Mars La Tour is an introductory wargame inspired by Mark Herman’s Gettysburg and allows players to experience and learn about this pivotal historical engagement.

Mons 1914 is a focused, tactical game covering the desperate rearguard action near the end of the Mons campaign which saw an anemic British Brigade hold off 2 German Divisions for over 6 hours. Mons 1914 uses an original, quick playing and historically accurate tactical engine which focuses on fire superiority, leadership and positioning. The Germans have to clear a pathway south towards the remainder of the British Army whereas the British need to do everything in their power to prevent the Germans from doing so. Mechanics are included for morale, machine gun tactics, opportunity fire and lines of communications. Path of Alexander (Print and Play)

Path of Alexander is a hex-based roll & write game with light wargaming/management mechanics based on the odyssey of Alexander the Great. The game follows Alexander and his army as they attempt to reach India exploring the extent of the known world. POA is based on 1527: The Lost Expedition by Mike Heim.

POA is a solo game which takes approximately 60-90 minutes to play, with relatively low complexity. Players will explore the extent of the known world while fighting off ambushes, dealing with natives, and founding cities. The game includes some mature subjects and themes so keep that in mind for young people. 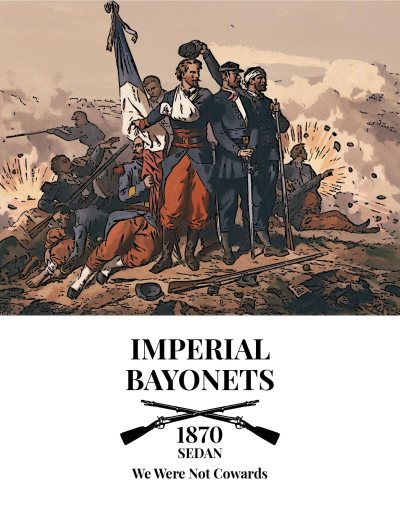 IMPERIAL BAYONETS: We Were Not Cowards: Sedan 1870

The long 19th century, comprising the period from the French Revolution through the middle of WW1 was one of the most conflict-ridden periods in all of history. During the Napoleonic Wars and WW1 especially, millions of men would perish fighting over the same pieces of Europe fought over during previous centuries. While the Napoleonic Wars have been examined thoroughly in commercial wargaming, less explored are the pre/post Napoleonic conflicts that defined the struggles for liberty, influence, empire, and self-autonomy throughout the period. The tactics and technology of these wars would remain relatively similar up until the slaughter at Verdun in 1916 convinced the French (and subsequently Europe and the world) to start innovating with defensive tactics.

Imperial Bayonets intends to examine this period using mechanics established by the many grand-tactical Napoleonic simulations available from Operational Studies Group and informed by their many Game Design Dispatches. Kevin Zucker was a mentor to me in my early efforts at design and this series is meant to be seen as a compliment to his already well-established family of games.

So if you are interested, please email Ray at rweiss@consimsltd.com for further instructions.

4 thoughts on “Call for Playtesters: Mars La Tour, Mons 1914, Path of Alexander and IMPERIAL BAYONETS: We Were Not Cowards Sedan 1870 from Conflict Simulations LLC”