*****This post contains spoilers. If you are playing any game that could be spoiled I’d suggest not reading on, sorry! Otherwise scroll down***** 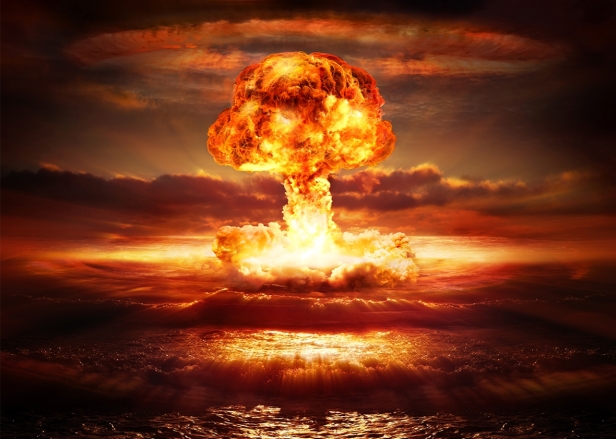 Hi everyone, Alexander reporting in with this week’s edition of Best 3 Games. Feel free to cut me to shreds, or suggest your own games in the comments. This week’s theme is the Nuclear Option. So these are the best games that have the nuclear option in them, and the best/coolest/most fun implementations thereof. So without further ado:

13 Days simulates the Cuban Missile Crisis, it’s a 2 player only card driven game that pits the USSR against the USA. As you struggle for influence and positioning on the global stage you’ll invariably escalate the situation and cause a nuclear war. The tension in the tug of war is palpable and you’re actively trying to avoid using the nuclear option, because if you escalate the game to the point of nuclear war, you lose. Anyone can press the big red button, but can you resist to come out on top? Why not Twilight Struggle you say? Because it’s far too long for most people and the focus is primarily on influence, while 13 Days puts you at the brink of nuclear fallout almost immediately, and it’s great!

Much has been said about this game, but when we pulled the nuclear option from the legacy deck the table got wild with angst! It completely desolates a single city, instantly making it a level 5, and then, removes all of the Faded there. In a game where you’re trying to SAVE the world, the Nuclear Option looms very heavily. It could be so helpful, but then you run into simulated ethical questions. Will it play into the hands of the bio-terrorists? What about the lives of the innocent? Is it worse to endure the Faded only to have to burn a city to the ground? Whatever you do, I can assure you that when that card is drawn, serious discussions always happen! P.S. don’t say I didn’t warn you about spoilers.

You can read a lot of posts about this game on our site as we absolutely love it, but it’s not just the Flavor of the Week. This game is big, and intense. It’s not for everyone,  but the nuclear option is available. Firstly as the Jihadist player, you’ll need to acquire nuclear weapons, which is in and of itself, a struggle enough. But once you have them, just the threat of them is enough to keep the enemy off kilter. Try this one out and see what I mean. The other great aspect in this one is how precious a resource a nuke is. You have to wait for THE opportune moment to strike, and that can be very tense at times. The US will do anything and everything to thwart these efforts, as well they should as if placed on the United States home soil itself, the game can end automatically in a Jihadist victory.

So bring on the hate: but before you do, honourable mentions go to Manhattan Project and Twilight Struggle.