As I entered our first Assembly phase in Pericles, being new to the game and it’s system, but generally understanding what I needed to do, I focused on putting issues into the queue during the Boule segment that focused on three aspects.

First, I wanted a way to obtain some honor, which is akin to Victory points, as it is the ultimate determiner on who wins. Secondly, I wanted to build up my forces in order to begin jockeying for power. Thirdly, I wanted to begin weakening the other side so I could begin to undermine their power.

Just a few pieces of advice. You cannot possibly win each issue. Not possible, so don’t plan to. Choose the ones you believe are most necessary to do what you need to do that round. Also remember that in a 2-player game, each Athenian issue will affect both Athenian factions and the same for Spartan issues. The key is getting more Honor from each Action than your opponent. For example, when using a Military issue in a theater to attack, a victory will score points for each faction that wins but the Commanding player, the one who owns the issue, will get more points. Don’t forget the goal which is to gain Honor! 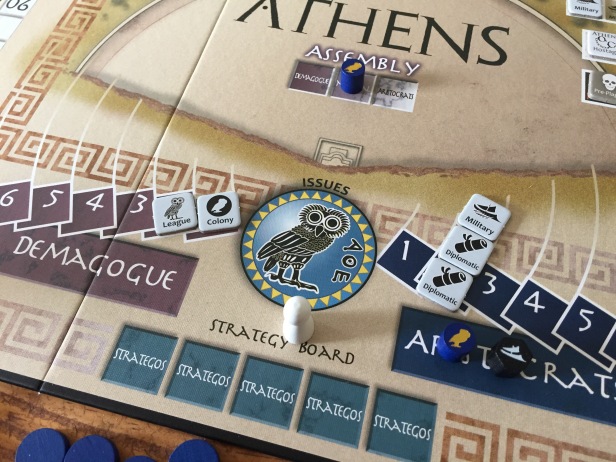 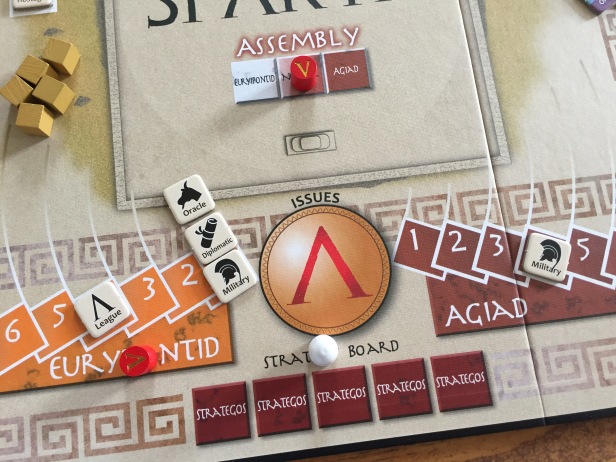