Legion Wargames publishes many games that specialize in and highlight conflicts that have lesser coverage within the hobby. You wont find a host of D-Day or Barbarossa games on their website (not that those aren’t great) but you’ll find lovingly crafted and unique games that will flesh out any historical war gaming collection. I had the opportunity to pick Randy Lein’s brain – the founder of Legion Wargames – and here’s what he had to say:

Alexander: Firstly, thanks for taking the time out of your schedule to answer some of our questions. Let’s begin with getting to know you a little. So who is Randy Lein?

Long story short, mid 50’s, gaming since 17, I grew up in Minnesota, was an Armored Crewman in the US Army from 1979 – 1983, lived in San Francisco for 14 years working as a Landscape Designer, and now live in Wisconsin with my wife of nearly 25 years.

Alexander: What’s a day in the life of Randy Lein like? Give us an insight into what it’s like to be the sole proprietor of a wargames company:

Being a sole proprietor is great, until you realize that you are a sole proprietor and everything is your job.  I have a day job that takes up some of my day, then there are the 5 acres and 3 horses that take up another chunk, and then the 1 dog takes a bit, then 1 wife takes another bit or twenty bits, and then what’s left I spend running LWG.   The time I do spend on the company includes a wide variety of tasks.  Some artwork, formatting of rules/charts, some development work, sourcing new designs, shipping customer and distributor orders, kitting of games, bookkeeping, everything that is the coordination of up to a half dozen vendors producing the various game components, responding to the various website chat rooms, answering designer questions, all of the website design and maintenance, etc.  It’s a lot of late nights and every weekend. Being less than a decade from full retirement I’m looking at this as an investment into the golden years when I’ll have more time, and with Legion Wargames providing a supplemental income, more money to enjoy those years.

Alexander: Legion Wargames specializes in some of the lesser known conflicts from history, talk us through the story of the founding of LWG and how you came to champion these less remembered parts of history:

I can’t take all the credit for this as it began with Khyber Pass Games (a small Desk Top Publishing company)  which I was a partner in.  When the guys that were KPG decided to pursue other avenues within the hobby I started Legion Wargames and inherited some of the games we had in development, which happened to be on lesser known/gamed conflicts.  After a few years I came to be the go to company for those designs and it became my niche in the hobby. One I am very happy to fill as it’s bringing to light many designs that the larger companies pass on.

Alexander: With the amount of games that you must see we’d love to draw from your experience and knowledge, so what are some of your favorite games that you’ve ever played?

I’m going to have to plead the 5th on this since the last time I actually played a game that was not part of the development process was oh so long ago.  Once I started LWG I pretty much stopped playing games, and completely stopped buying them.  So in that sense I’ve saved myself thousands, and thousands, of dollars.  But I’ll say what all gamers do, once I retire I’ll have plenty of time to play all those games I always meant to.

Alexander: You are credited as doing the artwork for a number of games that are produced by Legion Wargames, which parts of the artwork do you handle, and which art project has been the most rewarding for you?

Artwork wise I have done everything you would find in the box, from counters, to maps, to charts, to rules formatting, to the box itself.  Maps are what I enjoy the most, probably has something to do with my BA in Landscape Architecture.  And with the exception of one box cover I have a hand in all of the rest.  Box covers are either a lot of fun to create or the biggest chore of the game and I’ll leave it at that. 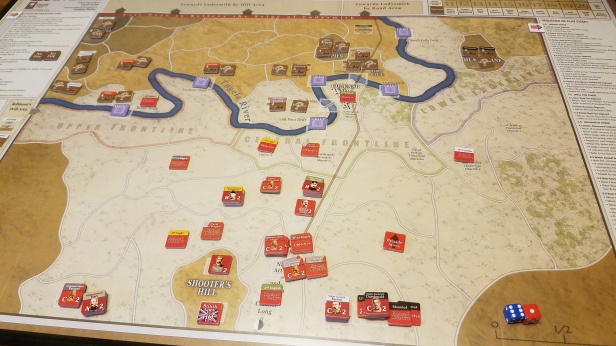 Alexander: Do you have any advice to budding designers out there on what makes a good sales pitch for a wargame? How much of a finished and polished do people need to put together before coming to a publisher?

The more complete it is, the better  your chances.  There are just so many people trying their hand at wargame design and so few companies publishing them that unless it’s a near complete game it’s going to be a tough sell for a first time designer.  I have several first time designers on my CPO list now and the ones there have done their homework.   Finished artwork isn’t a requirement by any means but the better it looks the better the chances that my interest will be piqued.   One thing I would say is not to design in a vacuum but enlist the help of others to help refine the design and possibly even assist with the graphic presentation.

Alexander: What is your favorite thing about owning Legion War Games?

The tens of dollars I earn each year…. LOL.  That and the ability to provide people around the world with games to enjoy from just my home in Western Wisconsin.

Alexander: What are some great upcoming projects you’d like to highlight that are currently in the works over at Legion?

The list is long and if I point to just one game the others designers might feel slighted.  But I will take this opportunity to talk about my next release and the game that has garnered the most CPOs of all the games I’ve published.  I’ve had great success with solitaire games such as B-29 Superfortress, Hell Over Korea, Picket Duty and will soon release Target For Today (extensively upgraded version of B-17 Queen of the Skies).

All of these were designed by Steve Dixon and he has more titles in the works.  I have several other solitaire game designs so anyone who enjoys them should definitely visit the website to see what we have and what’s coming.

Alexander: What has been the most surprising thing that has happened to you as a result of owning a wargame company?

Two things.  One, in this small of a hobby just how long is has taken to make wargamers aware of the existence of LWG.  There are still some who are not aware 7 years, and 15 game releases later. Just this week I’ve heard from two gamers who had just discovered LWG. Two, I developed a great appreciation for just how difficult, and expensive it is to to produce die-cut counters.  It was such an issue when I first started LWG that to save money I would print the counter artwork on adhesive sheets and hand apply them, front & back, to the 50 pt. board.  The result of this was better alignment front/back, the birth of EasyPunch counters, and a very sore back as it would be thousands upon thousand for even one game.  With larger print runs, and more games releasing, I’ve had to go to a more traditional method and that ended the EasyPunch counters.  One day I will come up with the holy grail of counter production and then release the PerfectPunch counters. 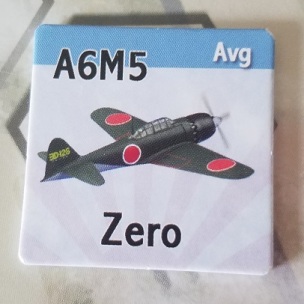 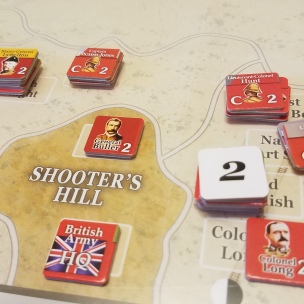 Alexander: Thanks for all you do, and keep putting out the high quality games that we’ve come to love from LWG!

Thank you for taking the time to let people see a bit more about LWG and me personally.  I have no plans to stop and 2017 is going to be a banner year for the company.

9 thoughts on “Interview with Randy Lein Founder of Legion Wargames”