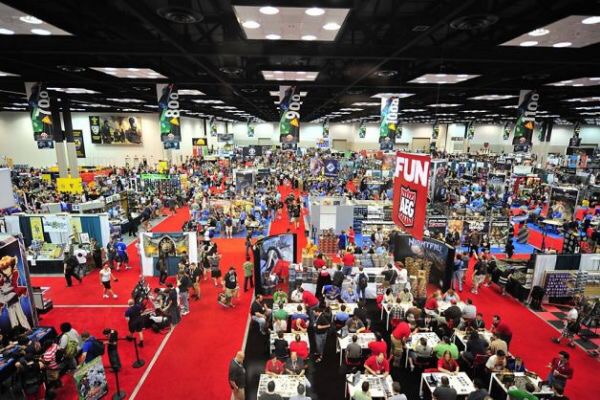 I saw this article last week in the Indiana Business Journal and immediately had some concerns about what this portends for the future of Gen Con in Indianapolis.

As you might guess, living in a western suburb of Indy, I am very much in favor of Gen Con forever remaining in Indianapolis. In fact, in my review post for Gen Con 2016, I listed several of the reasons I think Indy is a great place for the “Best Four Days in Gaming”.

So what do you think this request for only a 1 year extension beyond 2020 means? Is it because Gen Con is looking to leave in the near future and doesn’t want a long term contract holding them back? I’ve heard that there are concerns about the openness and level of acceptance of Indy but I don’t see that. I’ve also heard that Gen Con’s attendance demographic is changing and there might be concern about location in relation to attendees.

Gen Con 2016 attracted about 61,000 unique visitors to the event and is estimated to have injected nearly $70 million into the local economy. This year they expanded gaming space into nearby Lucas Oil Stadium and it appears to have been well received. Gen Con 2017 will be in Indanapolis at the Indiana Convention Center from August 17-20, 2017.

Leave your thoughts in the comments.